The Norwegians have returned home. I talked to Leif Erikson the other day at a cafe in Oslo‘ s Aker Bryge quarter.

Me: Mr. Erikson, do you miss America?

Leif: I miss crossing the oceans. We were adventurers those days, though only because we were blown of course we came to that – as we called it then – Vinland.

Me: Did you enjoy your stay there?

Leif: In the beginning it looked great. Someone told us of a land of vine and grapes further south, may be near Mar-a-Lago, if you forgive me the joke. But actually, trying to get a good dose of alcoholic spirits was difficult, because the locals demanded our identity cards at the liquor shop. 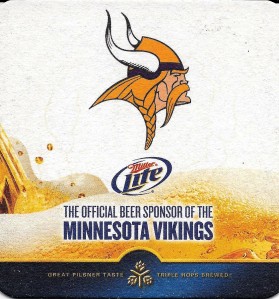 Me: Surely, they just wanted to know whether you had crossed the age limit for liquor consumption.

Leif: Well, we are blond-haired tall guys in a certain age group. But they considered us illegal aliens. And I had thought I’d bring them Christianity, but they already were born-again evangelicals.

Me: So what did you do with your free time?

Leif: I tried to build a simple stone hut for me and the guys from our ship. But a man from a bank convinced me to purchase a nice suburban house with a garage for a pick-up truck and central air-conditioning.  Easy, he said, just sign up for a mortgage loan. I told him that I had no regular income and owned just a few furs. No problem he said. You pay off a loan over time. So I just signed something (which I couldn’t read anyway). A short time later, we were kicked out of the house, because they didn’t take furs as loan repayment.

Me: Oh my. So you decided to return to Norway? 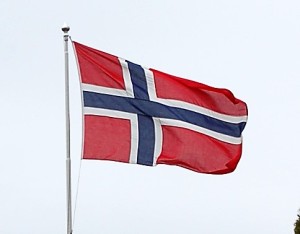 Leif: Not yet, but then I had a terrible toothache and went to a dentist. „We take only down-payment on your credit card before we can treat you“, said the receptionist. „But we have universal health insurance back home“, I argued. She shrugged: „This is a commercial country. No treatment without payment first!“ Somehow, suddenly my teeth were doing fine again.

Me: Was that the breaking point?

Leif: Yep, we had enough and longed for our home country with solid credit approval, a good health care and a compassionate government. So we sailed East again.

Me: Why didn’t you write all this down?

Leif: We didn’t want to brag about our adventure. Besides, we are not doing paper.